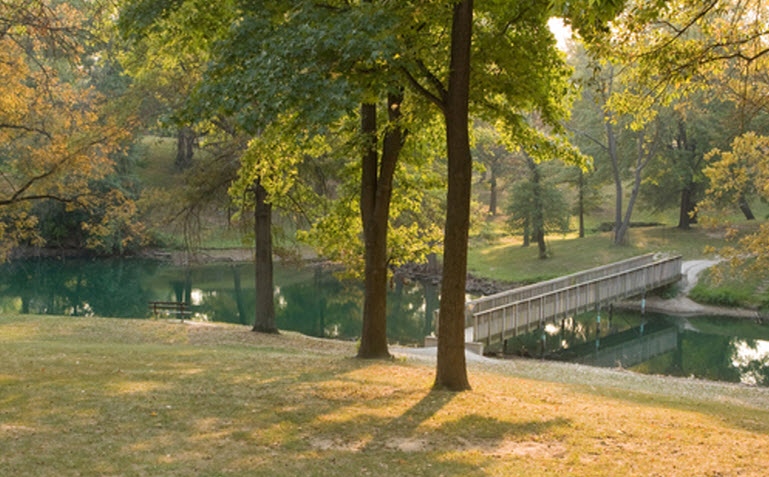 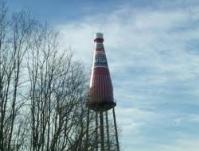 Collinsville, plotted in 1837, became a village in 1850 and was incorporated as a city in 1872. Collinsville's city hall, designed in the Italianate style and built in 1885, still houses government offices. Glimpses of the past come alive as you stroll through Glenwood Cemetery, the city's first cemetery and possibly the oldest public cemetery in Illinois. Persons buried here include the city's first pioneer, two Revolutionary War soldiers and veterans from the War of 1812, Black Hawk, Mexican, Spanish-American, Civil and later wars.

On a lighter side, the drawing of Bull Durham painted on a brick wall around 1908 has seen a major change in recent years. When an attached building was torn down and the painting rediscovered, modest residents felt the bull's anatomical assets should be covered with a fence. And, so it was, a glimpse of Americana in the early 1900's was changed forever.

Collinsville sits atop the Mississippi River bluffs in southwestern Illinois, 15 minutes from St. Louis, Missouri. Our quaint and inviting downtown main street is home to unique shops, fun eateries, and beautiful architecture. The 150 year-old D.D. Collins house, the stately Blum house, and the historic Miner's Theatre, are highlights of an interesting and educational, self-guided walking tour. Be sure to bring your camera to document your visit to the World's Largest Catsup Bottle, a world-renown roadside attraction just south of Main Street. For more information visit uptown.collinsvilleil.org